Understanding How Fraud and other Bad Acts Relates to Bankruptcy, From A Philadelphia Bankruptcy Attorney 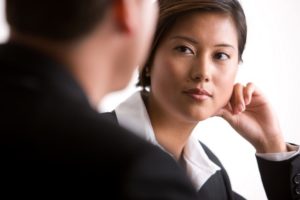 Any Philadelphia bankruptcy attorney knows many misconceptions exist regarding personal bankruptcy. One of these misconceptions is that all debts are dischargeable in bankruptcy.  Of course, most are, but a number of obligations may be deemed “non-dischargeable” such as tax bills, court-ordered child support, and some types of college loans.

Another lesser-known type of non-dischargeable debt is debts incurred other bad conduct.  In bankruptcy law, this kind of wrongful conduct goes by many names.  It may be called, fraud, false pretenses, false misrepresentation, larceny, embezzlement, and can also include wilful or malicious injury. For the sake of simplicity, we will refer them here as Fraud, even though they are all slightly different. A debt owed due to fraud may be exempted from the bankruptcy case. The purpose is to prevent defrauders from using bankruptcy to avoid paying back assets they acquired in an illegal or unethical manner.  This aspect of bankruptcy law has implications for people on both sides of a bankruptcy case.

For those filing for bankruptcy, or planning to, a real danger is that they could -even by accident- engage in activity that could be construed as fraudulent.  Acts that could be viewed as fraudulent in the months leading up to bankruptcy are paying off debts “in anticipation of the bankruptcy case.” For example, payment to a particular creditor, family member or credit card, just before filing the bankruptcy case. Paying off some creditors and not others, just after consulting a bankruptcy lawyer, can look suspicious.

Those who are planning to file for bankruptcy should be cautious in their spending and use of credit cards, especially after consulting a lawyer about it, and certainly after retaining a lawyer for it.  Spending for daily necessities of life such as clothing, food, or gasoline might pass scrutiny, but larger purchases, or luxury purchases, will come under increasing scrutiny and could potentially complicate your bankruptcy case. When in doubt, consulting with expert bankruptcy lawyers in Philadelphia is always best before making purchases during bankruptcy proceedings.

When you are involved in a bankruptcy case as a creditor, fraud rules can potentially enhance your position. If you can make the case that the debt owed to you was the result of fraud, you could have that debt ruled non-dischargeable. Doing so would allow you to pursue the debtor after the case is completed.  Debts that are not discharged are in the same position as if the bankruptcy was never filed.

However, of course, you must have valid reasons for arguing fraud and be able to demonstrate the allegation in court.  In such a situation, you would benefit from the services of a skilled Philadelphia bankruptcy attorney to represent your case.

One example of the types of cases we have helped creditors handle is where someone who was planning to file for bankruptcy deliberately maxed out their credit cards beforehand with the belief that the debt would be discharged.  In most cases, such actions would be deemed deliberate fraud and they would remain responsible for those debts.

Another, more reprehensible situation we have handled, with various circumstances, is where someone has committed a fraud, by using false documents, lies or some other means, to scam money from a victim.  The scammer has then tried to file bankruptcy to avoid paying back the debt.  This activity may involve criminal actions, but in some cases nothing technically illegal occurs.

Bankruptcy cases can become complicated, especially when intentional fraud is involved. Whether you are a creditor or a debtor, if you require experienced legal advice on bankruptcy law, contact the Alfred Abel Law Offices for the help you need.