A Lawyer in Philadelphia Discusses the Problem of Senior Abuse via Power of Attorney, and Bankruptcy 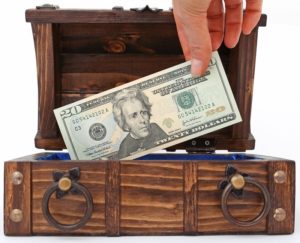 As lawyers in Philadelphia, we know that an unfortunate fact is that the elderly in our country are at heightened risk of fraud and other forms of senior abuse.  What is more unfortunate is that the majority of the time, the abuser is a friend or family member – such as in cases of senior abuse by someone with Power of Attorney (POA).

Power Of Attorney gives a third party limited legal power to make decisions on behalf of another person, defined through a contract or similar document. POA is necessary in cases where an elderly person has been deemed unable to make decisions for themselves, but POA can also be granted voluntarily.  For example, an older person might give their child a POA to manage their finances. Unfortunately, this creates a situation ripe for abuse.

How Power Of Attorney Can Lead To Senior Abuse

When a person has Power of Attorney over another person, he/she has a large amount of power with relatively few restrictions.  Courts, banks, police, hospitals and similar organizations will obey the POA.

A person with bad intentions could easily engage in financial fraud: by transferring money, emptying out accounts, or potentially even taking over real estate deeds.   In extreme cases, they might even be able to have the senior institutionalized against his/her will.

In these situations, gaining restitution will be an uphill fight.  The senior and his/her family will need an experienced lawyer in Philadelphia to handle the case.

Possible Avenues of Recourse in Cases Of POA Senior Abuse

Here are some ways in which a Power of Attorney could be overturned:

Breach of Fiduciary Duty:   A person with POA must act in the senior’s best interests.  When a senior or his/her family can demonstrate that those best interests were breached, the POA may be broken.

Conversion:  Alleging conversion amounts to alleging theft: that the person with the POA took property in an outright illegal manner.  In the event conversion is proven, the property can be restored to its rightful owner.

Fraud:  In Power Of Attorney cases, fraud can be alleged if the person with the POA lied or misled the senior to trick them into approving actions they would normally have refused to accept.  As with conversion, this can lead to award of restitution.

Exceeding Authority To Act:  This can be among the simplest allegations to demonstrate.  A Power Of Attorney always has limited powers, defined in the initial agreement. When the person with the POA exceeds those defined powers, he can be brought to court.

What if the Abuser Files for Bankruptcy?

As discussed elsewhere on this website, certain debt can be declared non-dischargeable.  That means that the debt continues as though the bankruptcy was never filed.  It does not mean that the victim automatically gets paid from the bankruptcy, just that they have the right to pursue the debt.  In practical terms, their position may be improved because if the bankruptcy goes through successfully, they may be the only creditor with a remaining valid claim.

No matter the situation, proving that senior abuse has occurred will require legal assistance.  Even in cases with a favorable verdict, seniors are often unable to recoup money they have lost to fraud, which can lead to great strain on the senior. This factor makes timeliness very important. If you suspect senior abuse in your family, contact Alfred Abel Law Offices for a skilled lawyer in Philadelphia or Jenkintown.