Written by Alfred Abel Law on May 7, 2018. Posted in Blog, Personal Injury 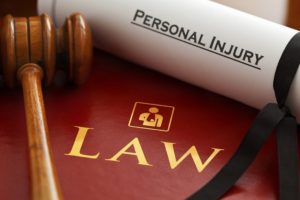 When people have been in an accident and are looking for a personal injury lawyer in Philadelphia, they are understandably very concerned about what sort of compensation they can receive.  One issue that tends to come up a lot when people visit our offices is the matter of “pain and suffering.”  Most people know that those who have been injured by others can sometimes receive “pain and suffering” compensation, but how that process works is sometimes unclear.

In truth, pain and suffering is a complicated issue – and one without many clear-cut guidelines.  However, in this blog, we wanted to cover the basics.

When filing personal injury claims, two broad categories of damages come up: Economic Damages, which are also called “special damages,” and Non-Economic Damages, or “general damages.”  Economic damages are easier to understand and are very specific amounts of money a victim has lost due to their injury, including medical bills and lost wages.  Economic damages are calculated based on established formulas.

However, pain and suffering is non-economic damage, with no single set standard for determining its value. After all, people have a very wide range of pain tolerance and healing ability, which varies from individual to individual.  One person might shrug off an injury that would side-line another person for weeks.  The matter gets more complicated as pain and suffering can also include psychological distress, which could potentially last for years.

In calculating the extent of a person’s pain and suffering, expert testimony is often needed. Doctors or other specialists who treated the victim may testify to the extent of their injuries, and to the extent of the mental and physical anguish they experienced. Other factors including the victim’s age, existing medical issues, and overall physical condition will also be discussed.

From here, generally the jury decides on fair compensation. In Pennsylvania, the jury is instructed that, “there are four items that make up a damage award for noneconomic loss, both past and future: (1) pain and suffering; (2) embarrassment and humiliation; (3) loss of ability to enjoy the pleasures of life; and (4) disfigurement.”

Many states have caps on pain and suffering damage which can limit the jury’s ability to award damages.  However, here in Pennsylvania, few such caps exist but some examples are: claims against a local or state government entity; claims for punitive damages in medical malpractice cases, claims for medical malpractice under federal law, and airline crashes.  This is not a complete list, just some examples.

Personal injury cases must be evaluated on a case-by-case basis to determine the potential for pain and suffering claims.  In the event you have recently been injured in an accident which was caused by someone else, contact Alfred Abel Law Offices for a consultation.