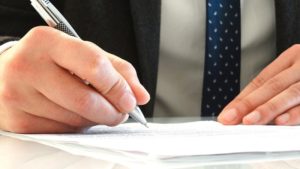 A couple of recent cases show how an experienced personal injury lawyer can help car accident victims recover compensation for their injuries when insurance companies deny their claims.

A Connecticut woman driving with her adolescent son was hit by a pickup truck on the passenger side while she was making a left turn. The woman and her son were both seriously injured in the accident and the jaws of life were required in order to extract them from the car, which was ‘totaled.’ The driver of the pickup truck told the police that he had been driving at the speed limit when the woman ran a stop sign causing the collision.  The woman remembered stopping but was unable to recall anything else about the accident.  The truck driver’s insurance company refused to compensate the woman and her son for their injuries based on the fact that the police had ticketed the woman for failing to stop at a stop sign (as had been reported by the driver of the pickup truck).  At that point, it looked as though the injured victims would not receive any compensation for their injuries. Luckily, their personal injury lawyer was eventually able to retrieve information from the pickup’s event data recorder (or “black box”) which showed that, contrary to what he had told the police, the truck driver was actually speeding at the time of the accident (most cars built after 2006 contain some kind of device that tracks speed and brake usage). Faced with this evidence, the truck driver finally admitted that he had been speeding and his insurance company was forced to settle with the victims for policy limits.

In 2008, a woman from South Dakota was severely injured in an automobile accident while riding as a passenger.  The driver’s insurance company paid out the policy limits which fell far short of full compensation, and the driver himself had no assets to pursue.  The car itself (a loaner) was insured by a different company under a separate policy that included $1 million of under-insured motorists coverage. That company deliberately concealed the existence of this coverage – not only by failing to disclose it but by purposely sending the victim’s attorney a copy of the policy that did not contain the under-insured motorists coverage.  It took three years of persistent probing by the victim’s personal injury lawyer, but the insurance company’s deceitful conduct was eventually discovered.  A lawsuit was brought by the victim against the insurance company in federal court and the jury awarded her substantial damages, including $2.75 million in punitive damages.

Being injured in a car accident can be incapacitating both physically and emotionally, and when an insurance company wrongfully denies the victim’s legitimate claims, the financial consequences can be equally devastating.  These cases highlight the importance of standing up to insurance companies with the expert assistance of an experienced personal injury lawyer. Contact Alfred Abel Law Offices today to set up a consultation.